Recognizing the importance of science promotion and capacity development the NCRST has developed programmes geared towards creating awareness, public understanding and capacity building of science among different audiences in society.

Unsatisfactory performances at school level, coupled with the low output of qualifications at tertiary level in this field, are good indicators that the education system does not yet adequately prepare pupils for the challenges beyond school in the Mathematics and Science fields.

Traditionally, Science and Mathematics were regarded as being extremely difficult and boring subjects and we believe that these myths have negative psychological impacts and implications on the over-all performance of these subjects.

In order to address some of these challenges, the Commission will continue to devise programmes aimed at promoting science, technology and innovation in Namibia.

This event is organised annually with an aim of providing a comprehensive, multi-facetted, interactive programme made up of national and international keynote addresses, illustrated talks, workshops, short courses, competitions, demonstrations, displays, exhibitions, sport science events and field trips, to enthral and inspire our budding young scientists (and their educators!).

Namibia’s Mathematics Olympiad is an annual event where high school learners from all the regions compete against each other in solving mathematics problems.

The purpose of the Mathematics Olympiad is to promote mathematics in general, and popularize science and technology among our students, community and educators. It is a vehicle to encourage and challenge mathematically gifted young people to take a more active interest in the study of science by providing an opportunity for students to showcase their knowledge.

The objectives of the Mathematics Olympiad Competition are to:

The National Commission on Research, Science and Technology, has identified the Science Quiz Competition as a unique and exciting approach to motivating, inspiring, encouraging and rewarding children in their quest for knowledge and providing them with the opportunity to showcase their scientific knowledge.

A Science Quiz Competition provides innumerable benefits to learners, which encourage their educational and even social development.  Participation in a science quiz competition stimulates learner’s interest in science and technology while simultaneously promoting the development of the skills such as communication, strategic thinking, teamwork, and lights the fire for knowledge.

Student decisions about study and career paths are primarily based upon interest in a particular field and on their perception of job prospects in that field. Positive contacts with science and technology at an early age can have a long-lasting impact.

The objectives of the Science Quiz Competition are to:

This event is organised annually in collaboration with the the Ministry of Education, Arts and Culture. The purpose of the Science Fair is to popularize science and technology among our students, community and educators. It is a vehicle to encourage student, parents and teachers to take a more active interest in the study of science by providing an opportunity for students to conduct and publicly present an independent scientific inquiry.

This project has been building capacity and upgrading the abilities of learners and teachers in the mathematics and science fields in various region across the country.  The pilot centre started in Windhoek but now the centre has expanded to other regions namely: Kharas, Kavango, Zambezi; Oshana and Khorixas.

The training product used is PLATO software that is internationally recognized as an accredited computer-based learning tool. Plato was developed in America by the Roach Corporation in conjunction with the University of Illinois but has been adjusted for Southern African conditions. Plato courseware is ideally suited to a variety of learning situations, such as alternative education, school to work programmes, workplace training and retraining endeavours, adult basic education developmental studies, and employment preparation programmes.

Whether presented in an instructor independent setting, as a supplement to a mainstream programme, or as an advanced course offering, PLATO courseware can meet the needs of a wide range of learner populations.  The NCRST is currently in the process of developing a software based on the newly revised curriculum in order to enhance the teaching and learning in the mathematics and science field across the country as well as to prepare users towards a 4th industrial revolution.

As Namibia’s priority is to increase the number of students pursuing careers in science and technology, the science center project through the demonstration and interactive learning approach can provide an interesting and stimulating environment for learners as well as general public to appreciate aspects of science and technology in a leisure and entertaining manner.

The central focus of this project will be to advance the concept of edutainment through the educational experiences that include a hands-on, minds-on and hearts-on interactive exhibitions, science shows, demonstrations etc. This is an all-inclusive manner in which a learner engages all the aspects of his/her being, in order to learn, remember and most importantly to apply the information they interact with. This in the long run will transform in positive attributes that includes transformation to positive attitudes and behaviour towards science and technology in general.

The Science Demonstration Centers project comprises two components, namely the design and development of a fixed National Science Center in Windhoek, and the Mobile Science Center to take science to the rural schools and communities.

At the beginning of the twenty first century, women remain a minority in the scientific disciplines. Women have trickled up through the system for at least a decade and yet we seem to be no closer to equality. Far fewer women are successfully engaged in scientific enterprises than would have been expected given the increasing numbers of women in the workforce. Thus, measures should be taken to improve the current position of women in science, engineering and technology.

NCRST realize that now the challenge is to devise a more effective project for capturing and advancing women in the scientific hierarchy. In order to inculcate a positive attitude, activities must be put in place to instil the idea that women, can be successful in careers in science, engineering and technology, while they are still students and help them attain it.

There is a general decline of interest in Science, Engineering and Technology worldwide, and in order to reverse this trend, different strategies targeting root causes of this phenomenon are implemented including promoting Science, Engineering and Technology through recognizing the positive contributions made by scientist, researchers, technologist and engineers and organizations working in these areas.

Therefore, the purpose of this Award System is to promote and create awareness of the important role that Science, Engineering and Technology plays in the economic and social prosperity of the country, through valuing and appreciating contributions of individual scientist, researchers, technologists, engineers and science institutions while the guiding principles will be Fairness, Equity, Gender sensitivity, Quality and Sustainability. The awards system intends to acknowledge science and technology institutions and individuals working in the areas of RSTI based on outstanding achievements in the field as well as noble initiatives promoting a science and research culture in Namibia.

Science has long been viewed as a dichotomy: natural and social sciences including humanities. However, this continued categorization faces challenges because topical research has embraced interdisciplinarity and multidisciplinary. It is no longer uncommon to have a research question been tackled by a combined team of natural scientists and social scientists as it is envisaged this would offer optimal solutions for maximal societal benefits. Funding agencies have since encouraged such research that embraces both worlds of sciences.

Indeed, dissemination of results has followed a similar pattern. Rigorous scientific approaches, including experimental designs, and modelling have emerged in the humanities, for example in archaeology, history and linguistics. Equally, health sciences, particularly public health, have involved theatre (performing arts) as a tool for improving uptake and scale-up of interventions.

Publications such as journals have demonstrated such a fusion between the sciences. The National Commission on Research, Science and Technology in pursuit of its mandate has established the Namibian Journal for Research, Science and Technology (NJRST), with an online version as well, which would further the blend of all sciences, provide a common avenue for disseminating research outputs.

OBJECTIVE
The main purpose for the journal is knowledge dissemination; the online version would serve the following specific objectives:

Fostering Excellence through Knowledge and Innovation

“As we go forward, we will seek to be transactional in maintaining and strengthening the governance architecture, but we will also be transformational as we prepare the citizens for the new economy that requires the development of new parameters in education, innovation, and enterprise”, – His Excellency, Dr Hage Geingob, President of the Republic of Namibia

Do you have a burning question for NCRST?

We have a dedicated FAQS section but feel free anytime to contact us during business hours. Also feel free to call using the number in the header.

Tenders and Vacancies. Are you ready to change the game?

From time to time, we post vacancies and tenders under the resources section. Check out Vacancies here or Procurement here 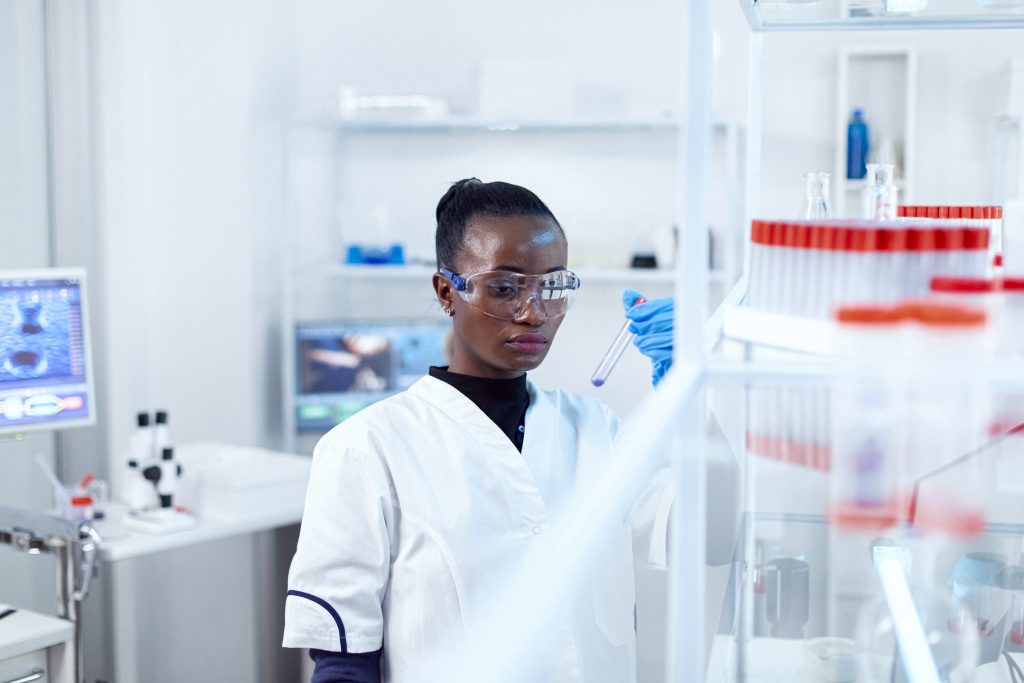